I admit. I am one of "those" people who watch Dancing With The Stars. I enjoy watching the dancers and seeing what kind of choreography they come up with... I will also admit that I wasn't excited about the cast this season. I didn't understand why Bristol Palin was on there. I understood why "The Situation" was on there, but wasn't crazy about watching him dance. But you know what I realized? ABC didn't ask my opinion as to who should be on the show. Once the cast is chosen, quit crabbing about it people!

And another thing... The show is just that - it's a television show... A dancing competition that allows people at home to vote... It is for entertainment... (and I'm going out on a limb now and assuming at least one of these "crazy" people actually reads my blog)

An entertainment show does not warrant the behavior that has been reported. Shooting your TV just because someone you don't like remains on the show is insane. I would hope that the person that did that is receiving some medical attention for that kind of behavior.

It will be a month before I see my husband again... A whole month...(sigh)

What can I do in a month? Lots!

I can go on a diet, I can organize the house, I can teach Noni a new trick, etc... Somehow, it doesn't seem right that I can do some pretty drastic things while my husband is away... He SHOULD be able to be here to see the progress... But such is the life of a pilot's wife...

So, while I try to get those few things done in a month (very attainable goals, if I do say so myself), I will also be starting up 2 classes at a time again. I have finals this week for my ECON class, and then have an accounting and communications class starting next Monday. Pray for me!
Posted by Jen at 4:46 PM 1 comment:

I gave myself 2.5 hours to complete my shopping experience, and was done in 1.5... I had the most amazing shopping experience at Nordstroms! I had an awesome sales person who kept taking the things that I picked up to try on into my own dressing room. Once I was in there, she kept bringing me other things to try. After all was said and done, I walked away with 2 pairs of work slacks (to go with my other pair at home), 6 nice tops that I can dress up or dress down, and 6 sweaters to wear with the 6 tops. Everything is mix/match. I can finish the overhaul of my wardrobe by getting some jeans at home and a few tank tops to layer under some of the tops (a couple are a little too low-cut for my tastes) and to wear under the sweaters for weekend looks. All in all, I am really proud of myself. And extremely thankful to the wonderful person who helped me out...

She even gave me her business card in case I see anything online. I can call her up and tell her what I saw and she will send it to me in Juneau. Absolutely fabulous!

All that fabulosity came with a price... It's a good thing that clothes are considered an investment. These clothes are going to have to last me for quite some time before I go on a shopping spree like this again. Total sticker shock for someone who is used to shopping at Wal-Mart.
Posted by Jen at 8:05 PM No comments:

Checking in from a winter wonderland

This week, I have to attend a conference in Anchorage from Wednesday to Friday... I decided to take Monday and Tuesday off and go to Anchorage early to get some shopping in. As much as I want to "buy local," I have very few choices for appropriate clothing. The quality of clothing and styles available in Juneau leave something to be desired... Most people that I know buy clothes online, which is fine, as long as you know what brands/sizes to get... I do not.

So, I have a goal to purchase at least 5 different outfits that I can dress up/down, that are mix & match. I'll also try on different clothes so I can buy online later (you know, when I have more money to play with). As motivation to actually go shopping, I only packed 1 change of clothes... And the clothes I brought with me are fine for running around and meeting with a few people, but not appropriate for the conference I'm attending... Why do I need this motivation? Aren't I a woman, and therefore programmed to shop? Sure, but I think my programming is a little off... I get anxious when shopping... I have my homeopathic anxiety medication on hand today to help keep it at bay and I'm going to find a nice sales person to help me shop. I do not trust my judgment in clothes. I tend to have a panic attack and leave with a handful of clothes without trying them on first.

Another area where I will have anxiety is just driving to the mall... I didn't know it had snowed a bunch while I was flying in to Anchorage yesterday. Thank goodness that the nice people at the rental car company upgraded me to an AWD Crossover with an auto-shifter. I am so comfortable driving in the snow when I have an auto-shifter (it allows me to start out in 3rd gear so I don't lose traction on the ice - something that happens when you start out in 1st gear because the wheels turn faster). However, even with those options, I still almost took out a road sign with the car... I stopped inches short of hitting it... Talk about anxiety!

So, wish me luck! I venture out in about 30 minutes to start my afternoon plan :)
Posted by Jen at 11:06 AM No comments:

Why I hate election years...

I appreciate the work that our representatives do across the state and for Alaska in Washington. I also appreciate the people who are willing and able to serve in these capacities. Election years are the way to allow the public to select these representatives on a regular basis. We (as the public) review the available candidates carefully. We elect the person or persons we feel will do the best job (or at least we should).

Another thing that irritates me is the election process... As much as I hate partisan politics, I dislike people who vote for someone based on what party they belong to. "I'm voting for Joe Blow because I am a Lemoncrat and so is he." Call me naive, but I don't think you should vote for someone just because they belong to the same political party as you. You should vote for the person that will do the best job representing you and your area. I know that is not the way things really are, so I will move on...

When creating political advertisements, candidates should tell me why I should vote for them, not why I shouldn't vote for someone else. That's like telling me to "Vote for me, because I'm not as bad as that guy!"... That's not a good enough reason for me to vote for you. For our state Senatorial race, I have heard ONE advertisement telling my why I should vote for someone. EVERYTHING else I have heard, from all of the candidates tells me what the other person has done wrong. The only thing that these types of ads do is to make me hate ALL of the candidates because I only know the negative. How about a little positivity?

I think it would be a good idea to create a non-biased political website giving honest information on all of the candidates for office in a given area - their position on issues, their history, pros & cons... You should also have the ability to compare candidates side-by-side to determine the best representative for you.
Posted by Jen at 9:40 PM 1 comment: 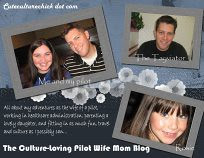 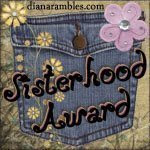